There were mixed reactions on twitter over the viral video of a mother of a Queen’s College student attacking security guards of the school over the alleged abuse of her daughter.

It was found that the security guard refused her daughter into the school because she fixed artificial eyelashes and was wearing nail polish.

In the viral video, the yet-to-be-identified woman also held the shirt of one of the security guards for turning back her daughter and calling her inappropriate names.

Nigerians who took to twitter had mixed reactions, while some were saying that the mother was wrong.

However, there were those that backed the action of the Queen’s College, saying the school is only protecting its standard and inculcating discipline.

Some were claiming the school was wrong for what they did to the girl and they should have just send her home.

Here are some of the reactions to the viral video below:

Is the mother right or the security officer for doing his job? 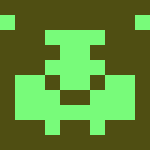