For the first time in two years, the chains on the Student Union (SU) finally received the hammer of the altruistic gesture from the Vice-Chancellor on 30th August 2019.

Just as they declared the doors open, it also let up a stream of political declarations, campaigns and an influx of would-be student union supremacists and godfathers.

This happened, just when the studentship appeared to have adapted to the reality of the absence of a central student representative body.

For the stallites, it is a dream come true; for the freshers, it is the beginning of a new era. But, in reality, it is a play awaiting an expected climax.

In the annals of activism, a clenched fist is usually the effigy of a student union body. This fist, amongst other things, serves as a strong resolve against oppression and administrative bullying. In the University of Ibadan, this fist was unclenched, straightened, and slapped two years of silence. With the knowledge of this history, the incoming SU administration is bound to be comparatively dull to the previous administration.

Let me tell you a story told in the shadows of UI’s past.

On the 27th of May 2017, students of the First and the Best University, arose to the cries of “No Congress, No Progress”, subsequently a definite resolution was met which, inter alia, pronounced one thing “NO ID CARDS, NO EXAMS”. Fair enough for a people whose voice must be heard and upheld.

The student union body blew a whistle at the university management, outlining the people’s pains and requesting redress. It further went on to declare a peaceful protest on May 29 2017, which an overzealous Commissioner of Police decided to turn into a bloodbath by audibly introducing the One bullet One protesting Uite policy. Quite distasteful for a supposed grandfather whose aging cravings should be to picking grandbabies and not dead bodies of aggrieved youths. His justification was obviously to prevent crime, but then I ask, In the process of fighting crime, should one become a crime lord?
While they thought they were “striking”, the S.U became the S.S.U, suspended in a system of supposed law and order, thereby serving as a fertile soil, in which the seed of administrative dictatorship will mount and impregnate.

This immediately began a flood of silent cries and two-sided discussions. While some mourned the loss of the Student Union and its appendages, others rejoiced for it might end the propensity of a prolonged academic calendar.

Yet, we all groaned at the six thousand naira technology fee, made compulsory by the school management for the maintenance of the school portal, we watched as occupants of female and post-graduate hostels were robbed and traumatized. We sang for a savior to speak up against these supposed injustices.

In view of lessons, while some sectors might advise the adequate use of dialogue as opposed to the conventional strike actions, prevalent in the past student union dispensations, others who support quick justice will advocate for the use of, as one once put it, any means possible, in resolving any administrative dispute. Both sides have proven from history to meet desirable and undesirable ends. The knowledge of each applicability is set in the audience’s wisdom being addressed.

To end with, the return of the student union, there are great expectations packaged in the fragile wrappings. The students’ union is back after its prolonged suspension.

That Kunle Adepeju Building is not an epitome of politicians and propaganda but serves as a sign of true unionism. The suspended administration operated on an innocent belief that they could act without succumbing to the slaps from the student administration. This powered their confidence and fuelled the resolve for activism. Yet, it is different now and the student union knows that it is not immune and the father he challenges can slap it into a coma.

The fist might become strong again, but will it be strong enough to withstand the incoming tremors? We can only look to the sky and hope.

Your views and contributions are welcome at the comment section

Do You Want To Be Heard Too? Reach out To Us Today To Get Featured. 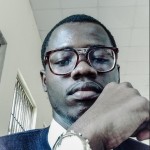 Desmond is a writer, content writer and author. He identifies as a Multi-person