So yesterday, drama broke out on twitter over the movie “Lucifer”

Yeah…there is a television series known as Lucifer (as in devil) and this movie caused quite a ruckus.

Here’s a brief info about the T.V series

Lucifer is a movie which formerly aired on FOX for three season before it was canceled and picked up by Netflix for the fourth season.

The movie series is about  Lucifer Morningstar, the Devil, who is bored and unhappy as the Lord of Hell. He resigns his throne and abandons his kingdom for Los Angeles, where he ends up running his nightclub “Lux”. He becomes involved in a murder case with Detective Chloe Decker, and is subsequently invited to be a consultant to the LAPD.

So, yes the movie is about the devil.

How Joshua Bamiloye got involved with  “Lucifer”

Joshua Bamiloye is the son of the man behind Zion movies back in the day. 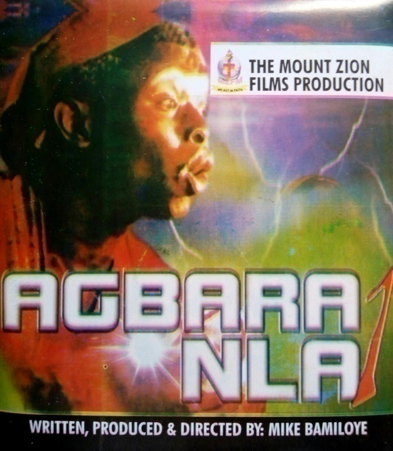 So, how does the son of a man who is the pioneer of such Christian movies get involved with this controversy?

In some quarters, they would probably say for the right reasons.

Knowing how captivating foreign series can be,

Now you LOVE the character; Lucifer,

And somehow you think,

the devil isn’t winning your soul over…

This tweet really exposes how bad things have gotten. Satan is far more smarter than we think. It’s not just sitting around waiting for rapture to happen. He’s turning as many hearts as he can to himself using MOSTLY the media. It’s the easiest most subtle way for him.

While some think, this is was so totally unnecessary and far-fetched.

You guys are just attacking Fola … the question is Did Mike Bamiloye’s movies do Christianity in Nigeria any favors?

It built hypocrites and fear mongers, creating the “fall down and die movement” making people blame divinity as an excuse for failure rather than their laziness https://t.co/C8HMxkPOGI

But this lady had a lot more to say than any of us.

Your dad’s poorly researched, badly scripted and low budget attempt at movies didn’t do Christianity any favors either.

But Joshua Bamiloye obviously had time and this was his reply.

Lol There were a million ways to counter this tweet in a mature manner, but You took the primary school “insult your father” route. https://t.co/SxYRi2QsG9

A few people like Stella Damascus also shared her opinion on the movie;

I had a conversation about this in my house weeks ago. Had to tell kids why they couldn’t watch it in my house or anywhere else. They understood and told their friends too. A clever and subtle way of getting one to get used to him and even admire. I no gree o.. https://t.co/NP2V2nEQFz

What do you think of the Lucifer movie and Bamiloye’s comment?