Snippets from the last episode: I wanted George badly, I thought about him all day, I checked my phone all day for his reply. He never did, I don’t know why. I will call him the next day but right now I need to be a wife to Dayo and prepare his dinner. Just as I get set to cook, he calls me and says ‘we’re eating out tonight… get sexy for daddy’

Whenever Dayo says ‘get sexy for daddy’, there are two things involved: He’s either hinting me that he’s down for a night of deep, heavy rotation of sex where we play roles; Some nights ago we replayed a scene from Game of Throne. Yes, the very one. I was Khaleesi and he was Khal Drogo. We had Dothraki sex and it was amazing. I can’t even begin to narrate it.

If we’re not playing roles, we are going out; and Dayo doesn’t like me dressing simple. He has money and he likes to show it and I have learned to be his showroom to his friends and the rest of the world. A thing I didn’t enjoy.

Tonight, we are going out, a dinner to celebrate the promotion. As excited as I was, I was still worried that George hadn’t replied my text on WhatsApp. It was Killing me. He Had read it, but no reply. For a second, after the call with Dayo, the thoughts of him left my head and I found myself wondering what to wear for this unplanned occasion with my husband.

It was close to 6 pm when Dayo texted me that he had just left the office and I should start getting set… I hadn’t picked out a cloth yet and part of me was even reluctant to go anywhere tonight. I finally selected a dress and headed to the shower; There again, I found myself thinking about George as I took off my panties. I imagined him there with me, I imagined him watching me take them off and smiling at me, I imagined him walking towards me with his zipper looking like they’d explode soon. As I closed my eyes, deep in my imagination, I heard the doorbell go off. Dayo was home. I hadn’t started taking my bath but I was naked now; He’ll have to wait till I get out. I hear my phone ring annoyingly several times; He’s probably thinking of the worst.

I did my best to be quick and I really tried; By the time I got out Dayo had already lost his patience. He was sitting on the ground entrance when I opened the door, he looked angry as I kissed him welcome: ‘I’m sorry I was in the shower’ I said. He seemed to have calmed a little after that kiss. Men.

A few minutes later, we were on our way to ‘Starcourt’ That’s the place where rich people go to spend their money. While Dayo and I barely spoke on the ride there, I was going through my phone half the time. I wasn’t thinking of George and I was less bothered if he had replied or not.

When we got to ‘Starcourt’, we took a spot in the almost empty restaurant, sitting there like two university students on a first date. ‘you look really pretty tonight’ Dayo said. I smiled. There was just something off about this scene each time I play it in my head; I wondered if we were role-playing or not. I remember thinking ‘oh I’ll go to the ladies and Dayo would follow me ‘Unknowingly’ and we would end up having restroom sex’

We sat there for less than five minutes before one of the waiters came to attend to us. I had the menu above my eyes… I was trying to reconcile the names of all the food with my sanity. He was speaking now and Dayo was talking to him. I finally came to a tough decision on the one I wanted to try. Dropping the pamphlet I said: ‘Okay, I think I’ll try…’ That was when I saw him. It was George. Standing right there and breathing the same oxygen as I was. He smiled and I know that smile, It’s a ‘Stop looking at me that way’ smile.

I finished my statement and Dayo noticed the awkwardness in the atmosphere: ‘Are you okay?’ He asked and I told him that I was fine but just felt light-headed for a minute.

‘Hey, I just saw you… Hope you are not stressed… You look it’ This time he replied: ‘Oh thank you ‘ma’… Hope you are both having a good time 😉😉’… I ended the conversation there and focused on my husband.

Seeing George again only made my situation worse. I wanted him and I didn’t care if he wanted me too, He didn’t look like it, But I swore in my heart that I was going to get him. I was going to do whatever it takes to get that piece of man meat. I’m so crazy in lust for this man.

A gentle reminder: This is a work of fiction, Characters and events are a result of Imaginations of ‘TheSlutrygoddess’ 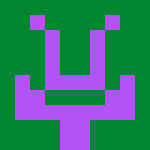 “Piece of man meat”. I like that. lol. We are waiting!

Mhmmm… This is getting interesting.
get to the part where they get down already!