In July of 2017, some of Lagos’ most affluent areas were submerged after a heavy downpour. Lekki, Ikoyi, Victoria Island and parts Ajah were all inundated. Houses, cars, and businesses were underwater. Some Nigerians took to social media to make fun of the residents of those areas.

I mean who would pass on a chance to troll those Islanders who feel they are better than Lagosians who live on the mainland?

In any case, Mother Nature reminded them that she makes no distinction between the rich and the poor. Perhaps it was only fair that people in Ikoyi experienced a bit of what people in Egbeda are accustomed to.

In the past decade alone, the effects of global warming have become more evident and have even grown in proportion. Which has led to concerted efforts by both governments and scientists to seek for more action to stem the release of greenhouse gases which destroys our environment and alters our climate leading to drought in some areas and flooding in others, heatwaves in some and frostbiting blizzards in another.

Nigeria is among the ten countries listed by the United Nations of being at the most risk of ecological and geographical disasters if the effects of climate change are not immediately arrested. As a matter of fact, it is estimated that Nigeria’s largest city, Lagos could be completely underwater by 2099. Perhaps those people on the mainland may want to save their trolling for when it is their turn.

Climate change has hit Nigeria particularly hard in the country’s north, desertification has encroached into once arable farming lands due to drought, poor crop rotation and improper irrigation leading to herdsmen moving further south to graze their cattle and fueling the herder/farmer conflict, in the southeast of the country gully erosion spurred by unchecked deforestation and poor drainage systems keeps cutting communities in half, while on the banks of the River Niger and Benue in the middle belt of the country, communities by the banks have been displaced due to continual rise of water levels annually.

All these may seem like the apocalypse, but climate change scientists warn that all these are just tips of a much bigger iceberg.

To forestall this climate armageddon, the United Nations has been holding annual climate change conferences in select cities around the world to propose policy ideas on how best to tackle climate change and save our planet so that the sun doesn’t one day fry our brains right in our craniums. The Paris agreement which was signed in 2015 has been the most comprehensive and far-reaching agreement on climate change. Its long term objective is to keep the global average temperature to well below 2˚C. This may not seem like much, but at least it would keep the ‘shakara people’ on the island dry.

It would seem like we finally have a solution and all is well with the world, right? Wrong!

While developed countries which by the way are at less risk of global warming effects are working hard to cut down on their greenhouse gas emissions by taxing fossil fuel companies and consumers so as to discourage the production and use of fossil fuels, planting more trees to help absorb more CO2 from the environment, taxing and banning plastics which are biodegradable and switching to technologies and practices that are clean and green, countries on the other end of the spectrum which are at a higher risk of catastrophic climate change consequences are doing the exact opposite.

In other words, the people whose houses are closer to the inferno are busy dousing it with gasoline.

In Nigeria’s tree rich rainforests like those in Ogun, Ondo, Edo, and Delta states, tree-felling for lumbering and fuel have been taking place at a glacial pace without a concomitant tree planting scheme to fill the void, thus leaving behind massive layers of earth and soil which are fertile grounds for erosion and that’s beside the fact that fewer trees are left behind to absorb CO2 and purify the air.

Pesticides and chemicals are used on crops which in turn contaminate ground and surface water leading to loss of biodiversity in water bodies. And in 2019 when the rest of the world is diversifying to renewable and clean energy sources like solar and wind energy, Nigerians gladly turn on their ‘I pass my neighbor‘ and pump greenhouse gases into the atmosphere to deplete the ozone layer.

If the sun gets too hot, na because of rain wan fall.

Don’t even mention electric cars to Nigerians unless you want to be inundated with an avalanche of reasons on why it will never work, anything to make them stick to greenhouse gases.
The earth is bleeding and humans are the culprits. It may seem economically viable to stick to the old ways of doing things; Burning coal, gas, wood. Mowing down forests for lumber, but it is neither strategic nor safe for the earth’s health. And as long as we stick to the old way of doing things we will be faced with Nature’s reaction.

To forestall this climate armageddon, the United Nations has been holding annual climate change conferences.

The Paris agreement which was signed in 2015 has been the most comprehensive and far-reaching agreement on climate change. Its long term objective is to keep the global average temperature to well below 2˚C. This may not seem like much, but at least it would keep the shakara people on the island dry.

What Do You Think About This Piece? Let Us Know By Using The Comment Box 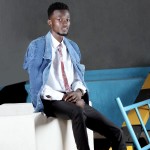 This article should be read by everyone especially Nigerians. Not only is it educating, it is also a reminder to us that we should be mindful of our environment. If everyone knows and practices everything written on this article, the world would be a safer and of course better place to live. Bravo! I love it!

Great right up. Climate change is a great threat to our existence, what affects our environment, affects us differently. The most disturbing aspect is the issue of e-waste, no tangible solution will come forth if developed countries continues to dump their electrical and electronic equipment nearing its end of life, to the developing countries. Most of the Cooling systems of these discarded materials, houses the ozone depleting substance,rendering every other effort to curb the menace grossly ineffective. We simply need those wonderful policies to be implemented and not just too much talk. Thank you dear author.

Because we are Nigerians, I think we all may need to have a concrete and personal feel of the scourge of global warming to really to put in some effort into Cubing it because in the comfort of our air conditioned homes, this sometimes sounds like tantrums.

Great article! Just to add a few personal thoughts. Climate change as the article has quite vividly emphasized, is an impending catastrophe of which its adverse effects is soon to befall the African continent, and Nigeria specifically. And I personally feel that it will definitely befall us sooner rather than later even. I say this because, let’s face it, and permit me to speak in political terms, individuals in the society are basically divided into idealists and realists; while most claim to be realists, they are as a matter of fact, idealists who focus more on “what ought to be”,… Read more »

The more you gaze into an abyss, the more the abyss gazes back at you. We have stared too long into the blackhole of destructivity, and the repercussion won’t be any different

Great article, I have learnt a whole lot from this. Thank you so much