Should a man sponsor a woman’s education with the hope of getting married to her after?

Answer that question, after I’m done with this mail we got last week:

I’m in a deep mess, and I do not know what to do. I have sponsored this girl’s education from her secondly year of university, up to her masters.

All that shit about investing in the woman you love and want a future with. Abi isn’t that how it works?

And it’s not even as if we weren’t dating o. We planned to settle down as soon as she finishes her masters, because that was what she wanted.

Now she’s done, with a master’s degree and another man’s ring on her finger.

Here’s how I responded:

I feel your pain and loss. Really I do. But the number one rule when rendering help to anyone, especially women; is to expect nothing in return.

Or perhaps, you were not the same man she started dating. Maybe you changed along the way? Became more controlling, more entitled, because it is your money.

Or maybe her interests just changed. Or her desires in a man changed. You can not fault her for that.

Sponsoring a woman’s education, with the hope of marrying her after is a very flawed concept. It’s either you do it whole heartedly and expect nothing in return or you don’t do it at all; to protect yourself.

Because in one way or the other, everyone has a bit of scum in them.

Back to the question, is sponsoring a woman’s education wise? Give a reason for your answer.

And drop an advice for him. 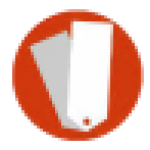 Well except you have a charity organisation or you’re helping family members out, i don’t understand how you’d be sponsoring some one through uni to even masters without any blood covenant. Lol because anything can happen.

I don’t know why people still do this thing…it’s too risky. The ROI is almost 0% from the recipients

I would definitely not advice anyone I know to do this. No matter the love.

Na the guy fuck up jare. He should just move on and I pray he heals

Yoruba demon mode activated! The best thing is to not to do it at all

As in. Now the guy would turn to heartbreaker