“NYSC is a waste of time”

You’ve heard this several times but…

I know that’s not what you want to hear but the National Youth Service is not  a waste of time.

Atleast not all of it

The 12 months might be but the 3 weeks camp is nothing short of memorable.

Infact, it’s probably  the most fun part of the one year mandatory youth service.

And if you were recently deployed this week, you might want to pause a bit before you click the close button on this article because what you are going through currently  is probably far from fun

Yes, the first week is usually not fun but the subsequent weeks are going to be.

Because you are going to meet a lot of interesting characters from various ethnic groups (which is the whole purpose of the scheme) and these characters will make you miss Camp after you leave Camp and even NYSC.

So, who are these people?

Here are 5 characters you must meet at NYSC Camp and you will probably never forget.

Just as the name implies… these guys are the “I cannot conman kill myself” gang. 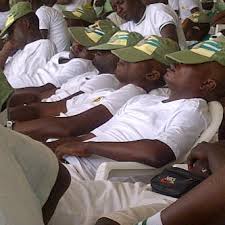 Sometimes, if they manage to come to the parade ground which is mandatory, they never partake in any parade. Their favorite spot is always at the back.

And they rarely come to parade.

So, what do they do?

These guys live the best lives on Camp.

Most of the time, they are always made fun of, during parade because they obviously can’t march or make a perfect right-turn.

Come to think of it… how many of us can?

The next set of guys are …

These guys do most of the work on Camp. They partake in most of the serious activities like Parades, Platoon organizing committees.

But… these guys tend  to be a bit annoying.

Especially the one that work at the Broadcasting Service on Camp popularly known as OBS.

They act like they are untouchable at-times while the ones on the Platoon organizing committee are people who just call  unnecessary meetings.

And most of the time, it always has to do with donations. 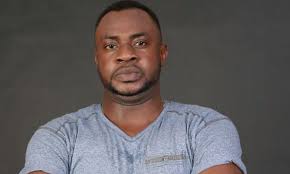 They are also in charge of the  Kitchen, so if you are the type that depends on the Camp Food.

You want to be friends with these guys.

Well.. not everyone in this group are like this

There are good ones among them especially the guys who beat the drums and do the parade.

But one thing about this group is that they work really hard. They have to practice regularly for the passing in and passing out parade, under sun or in the rain

So, the previous ones are not all that bad.

These are the rich gangs on Camp. The guys have the “cash” and some of them actually flaunt it.

While some have the cash and have close relation with influential people, so they get special treatment.

Infact, they rarely join the Queue.

You will probably only see these guys once or twice throughout the service.

The first time will be during Camp and they rarely stay for long. Infact, some just sign in and leave

The second time will be on the last day of service.

The guys obviously have the cash to go round and you don’t see Soldiers ordering them around like other Corpers.

Sometimes, a few of them manage to do the 3 weeks but they are like the “Lazy Corper” , Maami is their second home and they never eat “NYSC Food” and sometimes they even stay in separate hostels.

All they have to do is talk and you would wonder, “How did this person graduate?”

Some can’t even spell their names correctly. The guys are completely clueless about General Knowledge.

But… they show off the most because some of them are actually fine.

However, if you really want to see a show of the cluelessness, attend one of the pagents and when the time for General knowledge questions starts, that’s when you will verify “they know nothing”.

The Camp is no-man’s land. You rarely find people you know from school and if you find them, you might not even see much of each other.

So, you meet other people.

At CAMP, you always find that stranger that you just connect with. You will practically do everything there is to do on Camp together.

These guys would have your back whenever you have issues with other people on Camp especially on the food Queue or Platoon Issues.

You will likely have at least two besties on camp.

There are those who you just connect with in your platoon and your bunk-mate or somebody in your hostel.

But the sad thing is.. all the fun things might end at the NYSC Camp as you guys might be unable to keep in touch after Camp.

The combination of all these characters make Life at NYSC Camp interesting.

Surely you will meet at least one of these personalities on Camp.

If i missed any one, please feel free to share.

If you liked this post, you can share with other friends especially those currently at NYSC Camp.

Looking For A PPA After Camp? Check out Cool Internship Opportunities for your PPA

[…] You might want to read this article on the kinds of people you will meet at NYSC. […]